The Eastern Sierra mountains near Mammoth Lakes, Calif. The town is surrounded by U.S. Forest Service and Bureau of Land Management land and, with the government shutdown, ‘the landlords are absent.’

The government shutdown has forced the partial or complete closure of some of the nation’s most popular national parks and has furloughed thousands of federal land agency workers.

The folks that are responsible stewarding, maintaining and watching out for one of the great legacies of the United States are absent; they’re gone.

This means all kinds of under-the-radar, yet critical, work has mostly stopped — from timber sales to wildfire prevention projects to the general upkeep and enforcement of laws on millions of acres of U.S. public lands.

“It’s an eerie silence,” says John Wentworth, a town councilman in Mammoth Lakes, Calif. “The folks that are responsible for stewarding, maintaining and watching out for one of the great legacies of the United States are absent; they’re gone.”

Wentworth’s town is completely surrounded — and largely dependent on — U.S. public lands, not the least of which its ski resort which operates on a U.S. Forest Service lease.

The shutdown has coincided with one of his town’s busiest seasons. Suddenly there’s no one staffing area visitor centers or popular trailheads for snowshoeing, snowmobiling. There’s no one to interact with visitors, enforce the rules and just manage the land.

“It’s kind of scary,” Wentworth says. “We don’t know what to tell our visitors; we don’t know how to be good hosts and stewards of these public lands because the federal presence is not there.”

Wentworth’s anxiety is familiar to communities across the West that promote themselves as gateways to massive amounts of U.S. public land. Much of that land is open to the public and to everything from natural resource extraction to outdoor recreation. The latter contributes billions to the U.S. economy, according to several recent studies. 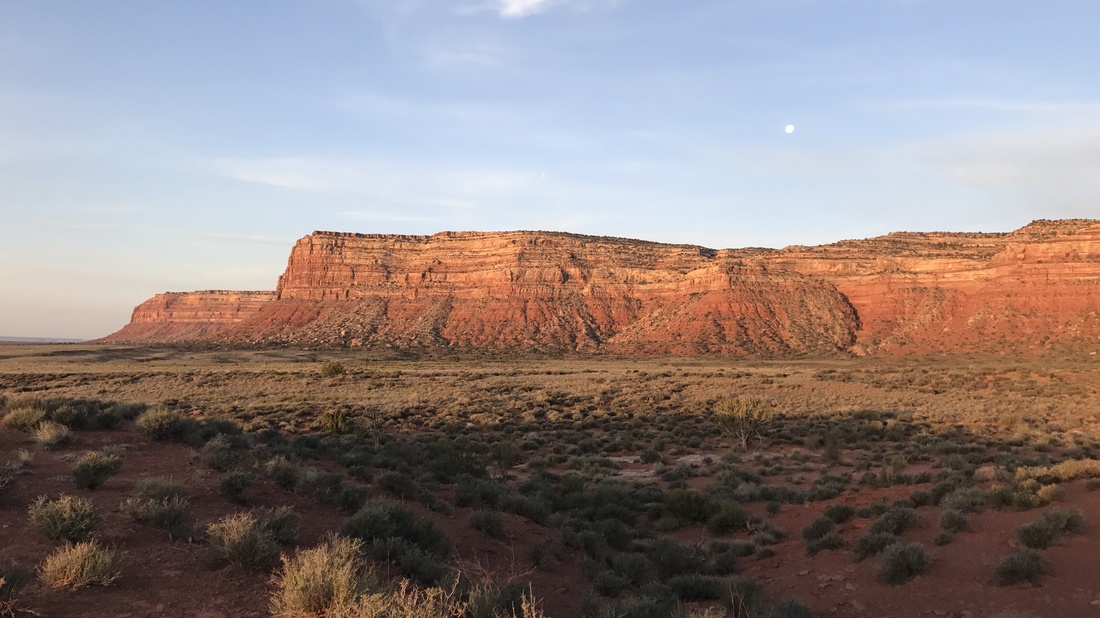 So when your landlord is suddenly unreachable, almost everything is thrown into limbo. About half of all of California is federal land. Next door in Nevada it’s more like 80 percent.

“Sure, there are lots of citizens out there that will pick up trash, but the larger landscape planning issues, they’re not being addressed,” says Jaina Moan of the Nature Conservancy’s Nevada chapter.

In recent years, groups like the Nature Conservancy have played a big role in large collaborative conservation and other development projects on federal land, such as programs that help improve rangeland for ranchers and reduce wildfire risk in national forests.

Like most of America, we hope that Congress and the president can resolve this soon because we need those government partnerships to work so that we can make sure that the conservation of our lands and waters can continue.

Moan’s group can keep working on the side, but they can’t access certain lands or the federal scientists who work on them. And big collaborative meetings about these projects are postponed indefinitely.

“Like most of America, we hope that Congress and the president can resolve this soon because we need those government partnerships to work so that we can make sure that the conservation of our lands and waters can continue,” Moan says.

Westerners have been watching for years as funding for federal lands agencies and infrastructure has generally been on the decline. John Wentworth of the Mammoth Lakes town council says local governments like his have been trying to plan around this new reality, launching collaborative partnerships to pool resources and get some of the work done that was traditionally the federal government’s responsibility.

“So that if these spasms that come out of Washington due to unprecedented, existential, partisan craziness, we will have partnerships and working relationships in place to be able to mitigate these effects,” he said.

This summer, his town is partnering with the Forest Service to remove trash and staff area trailheads. But this latest shutdown, Wentworth says, happened so quick there was no time for even short term contingency plans.

‘The Minimalist Home: A Room-by-Room Guide to a Decluttered, Refocused Life’ by Joshua Becker (book review)

‘An Eerie Silence’ Where Federal Land Agency Workers Are Furloughed

WASHINGTON -- Citing a shortfall of donations over the winter holidays, the American Red Cross put out an emergency call Monday for blood donors in the D.C. area.…

Months of sambas, salsas and Seann Walsh scandals have lead us to this, the glitziest moment on the TV calendar: the Strictly Grand Final. Former contestants will…

Israel’s 30-year dependence on American weaponry- too much of a good thing?

The Peneda-Gerês National Park, also known simply as Gerês, is the only national park in Portugal . It is located in the Norte region, in the northwest of Portugal,…

A wide swath of the U.S. travel and leisure industry is set to provide [...]

The president of the United Auto Workers union, who has been linked ht [...]

Britain will impose an immediate moratorium on fracking, the governmen [...]

Fiat Chrysler and Peugeot expected to ...

Thousands of protesters were blocking all roads leading to Iraq's [...]

The European Union said that China should make rapid and substantial i [...]

The U.S. Supreme Court on Friday agreed to hear a challenge to the abi [...]

California Governor to convene meet of ...

California Governor Gavin Newsom said he will convene a meeting of Pac [...]