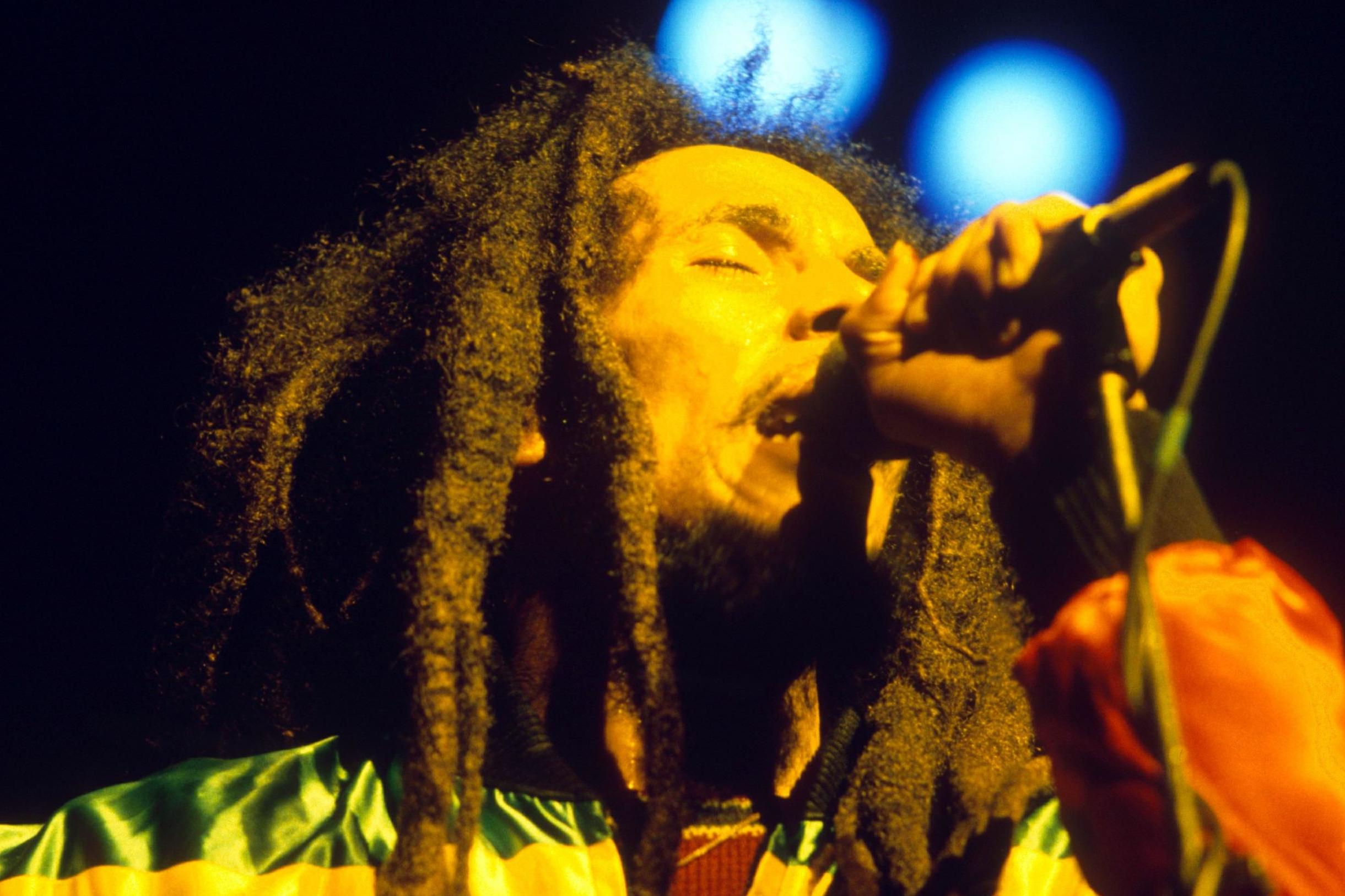 When Unesco announced that “the reggae music of Jamaica” had been added to its list of cultural products considered worthy of recognition, it was a reflection on the fact that reggae, which grew from its roots in the backstreets and dance halls of Jamaica, is more than just popular music, but an important social and political phenomenon.

Jamaica’s application to the committee mentioned a number of artists from Bob Marley and Peter Tosh to Chronixx and the Zinc Fence Band. Some observers may be wondering whether such musicians are a good enough reason to include reggae on this prestigious list. What those readers don’t fully understand is that reggae is far more significant than its musicians. Not only is social commentary “an integral part of the music”, the application argued, but reggae has also made a significant “contribution to international discourse concerning issues of injustice, resistance, love, and humanity”.

Reggae has “provided a voice for maligned groups, the unemployed and at risk groups and provided a vehicle for social commentary and expression where no other outlet existed or was afforded”. It has also “provided a means of praising and communicating with God”. Not only are these big claims, but they are all true.

Culturally, politically, religiously and musically, reggae has done much heavy lifting. Born in the back streets of Kingston in the 1950s, it is proudly Jamaican. Raised in difficult circumstances, it has matured into a friendly and generous music that travels well and warmly embraces the other cultures and music it meets. Hybridisation is part of reggae’s genetic makeup. Its DNA can be traced back to West Africa and out into the world of popular music. It came into being through mento (a form of Jamaican folk music), ska and rock steady, absorbing influences from the Caribbean (especially calypso), rhythm and blues, rock, and jazz.

However, not only has reggae embraced other musical styles and ideas, but in so doing, it has influenced them and given birth to new sub-genres. Particularly significant in this respect has been the innovative recording techniques developed by Jamaican producers such as King Tubby, Lee “Scratch” Perry, and Bunny Lee. What became known as “dub reggae” has inspired generations of artists and producers around the world and is still an important influence in popular music.

As well as its musical contribution, reggae hasn’t forgotten its roots. Not only does it comment on current political events and social problems, but it also provides a multi-layered introduction to the history, religion and culture of what music historian Paul Gilroy called “the Black Atlantic”. While some reggae cannot, of course, be considered religious or political - “lovers rock” for example, focuses on romantic relationships - much of it is.

A key moment in Jamaican political history (as well as the story of reggae) happened on 22 April 1978 at the One Love Concert hosted by Bob Marley at the National Stadium in Kingston. Marley famously called bitter political rivals Michael Manley and Edward Seaga to the stage and persuaded them to join hands. Few other people could have done this. Although the concert did not bring an end to the turmoil in Jamaica, it did showcase the significance of reggae as a political and cultural force.

It is of particular significance that reggae is inextricably related to the religion of Rastafari, which emerged as a direct response to oppression within Jamaican colonial society. Often articulating the ideas of Jamaican political activist Marcus Garvey, who is understood by Rastafarians to be a prophet, Rasta musicians such as Marley and Burning Spear developed roots reggae as a vehicle for their religio-political messages.

Even if some musicians are not committed Rastafarians, they typically identify with the movement’s ideas and culture. In particular, many wear dreadlocks, consider smoking “the herb” (cannabis) to be a sacrament, and reference the religio-political dualism of Zion and Babylon (the social systems of the righteous and the unrighteous). There is a hope often articulated within reggae of a better world following Armageddon and the fall of Babylon. “Babylon your throne gone down,” declared Marley in his 1973 song “Rasta Man Chant”. These biblical ideas are also creatively applied to a range of political issues, from local injustices to climate change and the nuclear arms race.

Sometimes reggae itself is understood to be a form of direct action, in that musicians are understood to “chant down Babylon”. As Ziggy Marley put it: “Babylon [is] a devil system … who cause so much problems on the face of the Earth … And by ‘chanting down’ I mean by putting positive messages out there. That is the way we’ll fight a negative with a positive.”

Examples of this include Yabby You’s “Chant Down Babylon Kingdom” and of course, Marley’s own “Chant Down Babylon”. This type of thinking is rooted in Jamaican history. Following violent confrontations with the police during the 1940s and 1950s, Rasta elders - particularly Mortimer Planno - appealed to Jamaican academics to study Rastafari in order to increase popular understanding and tolerance. And in 1960, three scholars (MG Smith, Roy Augier and Rex Nettleford) published their Report on the Rastafarian Movement in Kingston, Jamaica.

For Rastas, the destruction of Babylon came to be interpreted less in terms of a violent overthrow of oppressive social structures and more in terms of a conversion to new ways of thinking, central to which was the strategic primacy assumed by the arts. Reggae emerged as part of this process. From the outset, therefore, it was understood by many to be far more than simply “pop music”. It was “rebel music”, a powerful political tool for the peaceful resistance of oppression.

The potency of reggae as an educational and inspirational force became conspicuous shortly after its arrival in Britain. In 1976 it was central to the founding of the Rock Against Racism campaign and by the late 1970s, reggae, dub, ska, and the terminology of Rastafari were informing punk culture as part of an emerging “dread culture of resistance”.

For example, in 1979, the same year that witnessed the Southall race riots, during which a teacher, Blair Peach, was killed, the British punk band The Ruts released their dub reggae influenced single “Jah War”, on which they sang, “the air was thick with the smell of oppression”.

The Ruts subsequently achieved chart success with “Babylon’s Burning”. While some may have been bemused by the reference, for their fans - for whom punk and reggae were first cousins at the very least - the message was obvious: Babylon was the principally white political establishment, which oppressed ethnic minorities and the unemployed poor of the inner cities, and which would eventually be dismantled.

At the same time, Jamaicans who had moved to Britain in their childhood, such as Linton Kwesi Johnson, used a creative blend of poetry and reggae to comment on the injustices they faced: “Inglan is a bitch, dere’s no escapin it.” One of Johnson’s poems commented specifically on the murder of Peach, “Reggae Fi Peach”. Since then, reggae music has continued to “speak truth to power” - from challenging domestic abuse to protesting against apartheid in South Africa.

For these political, religious and cultural reasons - as much as for the music itself - Unesco was right to finally give reggae the recognition it deserves.

Christopher Partridge is a professor of religious studies at Lancaster University. This article first appeared on The Conversation (theconversation.com)

Looking for a high-tech gift for a young child? Think playgrounds, not playpens

My Take: Are you vegan? Are you sure?

What if we declared climate change a crisis and put some serious resources to this type of initiative? Read More

PHILADELPHIA - Today, the Federal Emergency Management Agency (FEMA) Region III, in partnership with the Commonwealth of Virginia, will be hosting the Virginia…

Middle East is a transcontinental region centered on West Asia and Egypt. Some of the countries bordering Iran and Afghanistan’s north, such as Turkmenistan,…

The Latest: Woman killed by lion recalled as ‘quiet, sweet’

FEMA awards more than $11.6 million for Phase 1 of the City of Pasadena drainage project

Release Number: TRO-NR-56AUSTIN, Texas - The Federal Emergency Management Agency (FEMA) has awarded more than $11.6 million to the City of Pasadena through the…

French President Emmanuel Macron sought to break a deadlock over the E [...]

Wall Street's main indexes were subdued on Tuesday, as a trade tr [...]

Oil prices fell more than 3% on Tuesday, even after OPEC and allies in [...]

Facebook's fledging cryptocurrency will raise questions for both [...]

Banks scramble to re-pitch for Aramco ...

Investment banks are scrambling to re-pitch to advise Saudi Aramco on [...]

The European Union said on Tuesday it was open to talks with Washingto [...]

The Scotch Whisky Association (SWA) urged the United States and the Eu [...]